A bit of history of the baby shower:

The term shower is often assumed to mean that the expectant mother is “showered” with gifts. The baby shower may have derived its name from the custom in Victorian times for the presents to be put inside a parasol, which when opened would “shower” the mom-to-be with gifts. As the party centers on gift-giving, the baby shower is typically arranged and hosted by a close friend rather than a member of the family, since it may be considered rude for families to request gifts on behalf of their members.

Diaper showers or Sprinkles refer to a small-scale baby shower, generally for subsequent children, when the parents don’t need as many baby supplies but would still like to celebrate and welcome their new additions.

Grandma’s shower refers to a shower at which people bring items for the grandparents to keep at their house, such as a collapsible crib and a changing pad.

Today it is generally acceptable for both both parents and their friends / relatives to attend baby showers and be party of the celebration.

Find a graphic designer who can assist you in this regard, they can give you a printable file or you can email / whatsapp / Facebook the invitation out. Here are a few examples (all found on our Baby Shower Pinterest Board) of different invitations based on specific themes and their clever wording for inspiration: 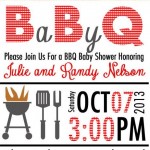 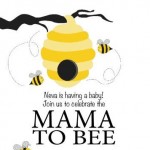 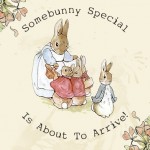 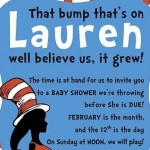 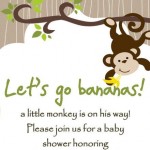 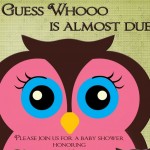 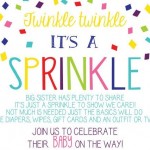 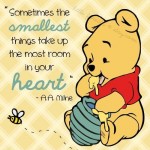 Keep an eye out for the next installment in this series…